I made a watering can fountain back in September.  It was a simple DIY project that added a nice, calming sound to the garden.  Here's how I did it:

I wanted to add a water feature to my garden, but I didn't want to deal with having to plug in a fountain.  The nearest electrical outlet would require the cord to either go over or under a sidewalk.  Going under sounds difficult and going over wouldn't be pretty.  Instead I decided to get a solar water pump. 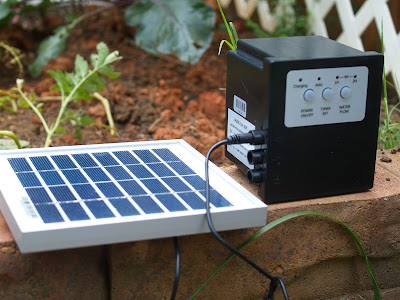 The affordable solar pumps don't have as much power as the electrical ones, but I didn't need a lot of power. 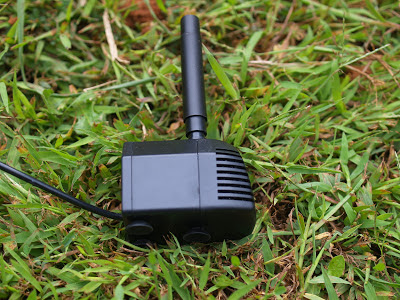 The only other things I needed was a watering can and a metal tub.  I also got a couple of paving squares and leveled them to place the tub on. 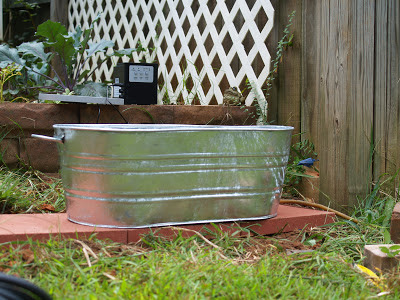 I then used a combination of drilling (which was not too effective) and hammering a large nail into the bottom of the watering can to run the tubing through. 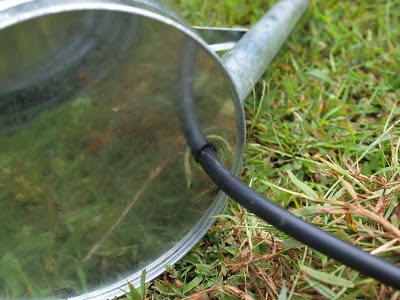 I ran the tubing to the watering can spout. 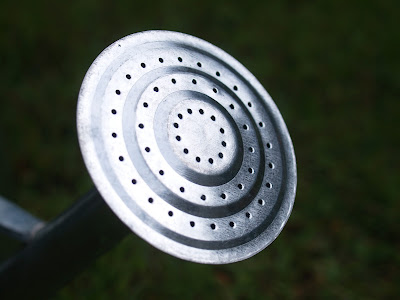 This is what the inside of the watering can looked like: 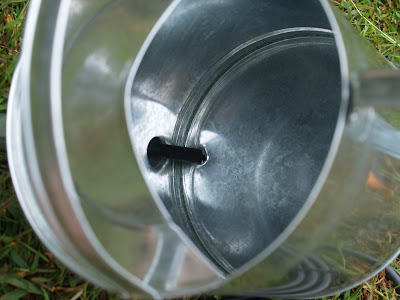 I nailed the handle of the watering can to the fence, added rocks and water to the tub along with a decorative frog.  I put the solar panel on the top of the fence, facing south.  Then I just had to wait for the solar panel to charge and I had a lovely little fountain. 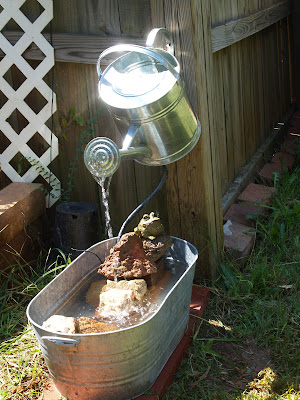 Most days the pump runs all day and continues for a couple of hours after the sun sets.  I had to adjust the position of the tub because the pump was more powerful during the midday and the water was shooting out past the tub. 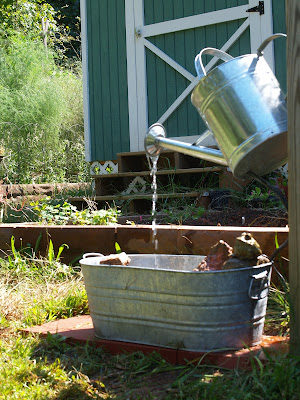 It was a simple project that adds a relaxing addition to the garden.
Posted by Julie at 11:42 AM

Julie
South Carolina, United States
I love watching tiny seeds sprout to become the veggies that end up on my table. I started my garden in 2010 in zone 7B and will be chronicling the successes, failures, and all the gardening projects I get myself into!